Cobblers has a lovely outside space which people have been enjoying during the great weather out of lockdown, however this certain evening the clouds were dark and the heavy rain persistent. Fortunately, it was the day Mr Johnson allowed indoor music! Thank goodness otherwise the venue would have had to cancel the gig – a quick re-arrange of furniture inside and live music was still on!

A few outdoor tables had cover and we opted to stay outside and enjoy the experience of dining and keeping dry even though all around us was completely soaking – it was still a lovely evening.

Adam Thomas was on the Grapevine Stage at the 2019 Music Day and had a limited set due to how the scheduling works: Grapevine needs to get as many artists showcasing their talent at possible!!

This night however Adam Thomas and his guitar had the ‘stage’ to himself and he was on his third gig in one day. There was no sign of fatigue and his voice was still strong.

Adam played 3 sets which spanned the whole evening, not just a slot at the end of the night. This is what I like about the set-up at Cobblers as it makes for a delightful experience as you’re eating amazing food whilst listening to live music.

Adam chose his tracks to suit the flow of the evening and he was very aware of the needs of the venue and the audience. Starting with slow and romantic songs as the diners ate and caught up with companions around the table. He set a charming ambience which didn’t go unnoticed – everyone in Cobblers downed cutlery after each track for a clap of appreciation.

It was nice to hear good quality guitar playing on a attractive-sounding electric acoustic guitar. Adam doesn’t only play chords, but plucks the strings for another depth to the tracks but also get percussion out of the guitar too – this makes it all sound as though there is more than one of him.

You can’t fault Adam for effort and energy – he seems to play as though it’s the last time he’ll hold a guitar. He has a voice which is warming to the ears.

Due to the engaging nature of Adam’s stage presence people were singing along quite early on and plenty of dancing towards the end of the last set. A thoroughly entertaining evening regardless of the rain – it certainly didn’t dampen the spirits. 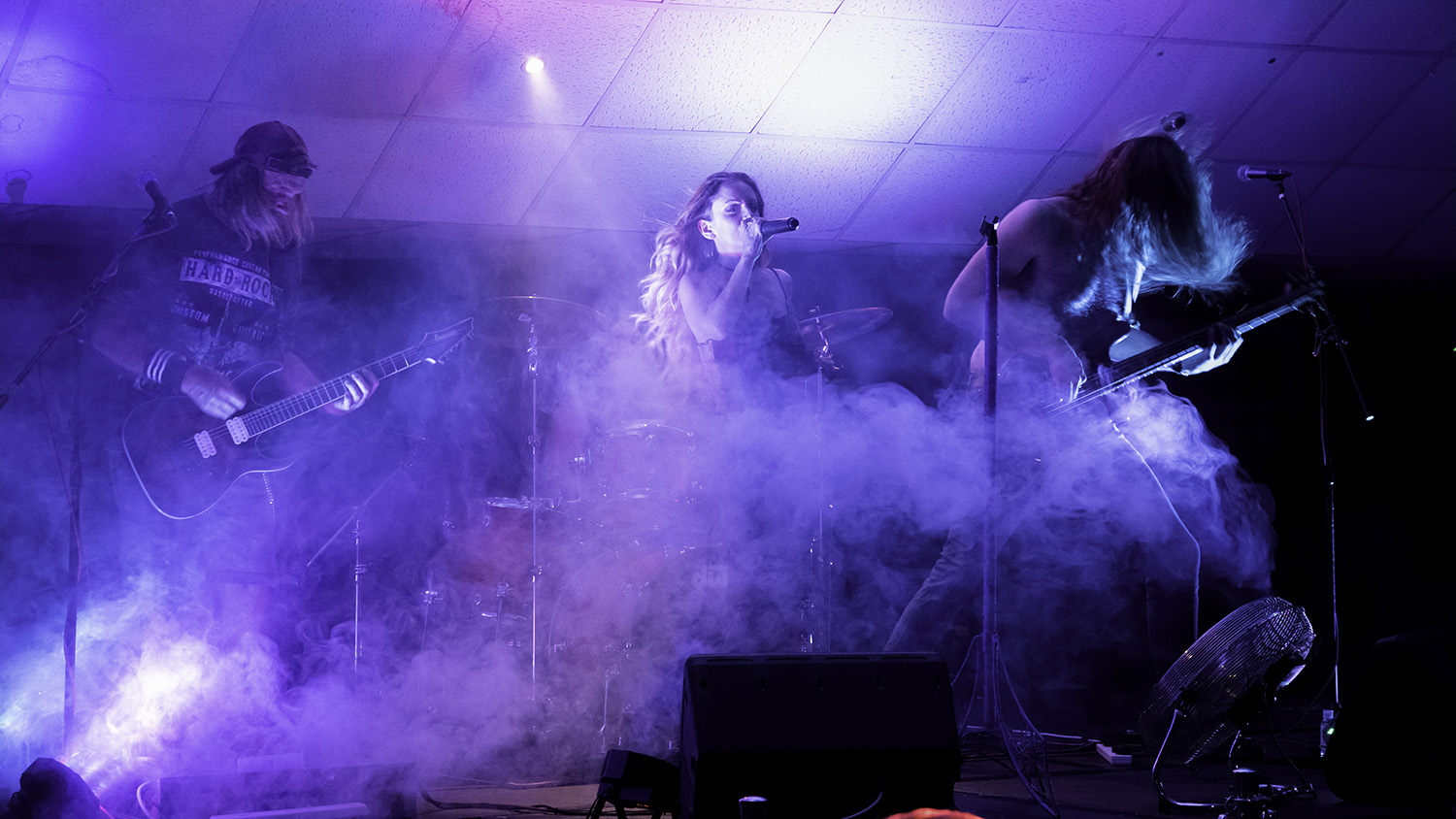 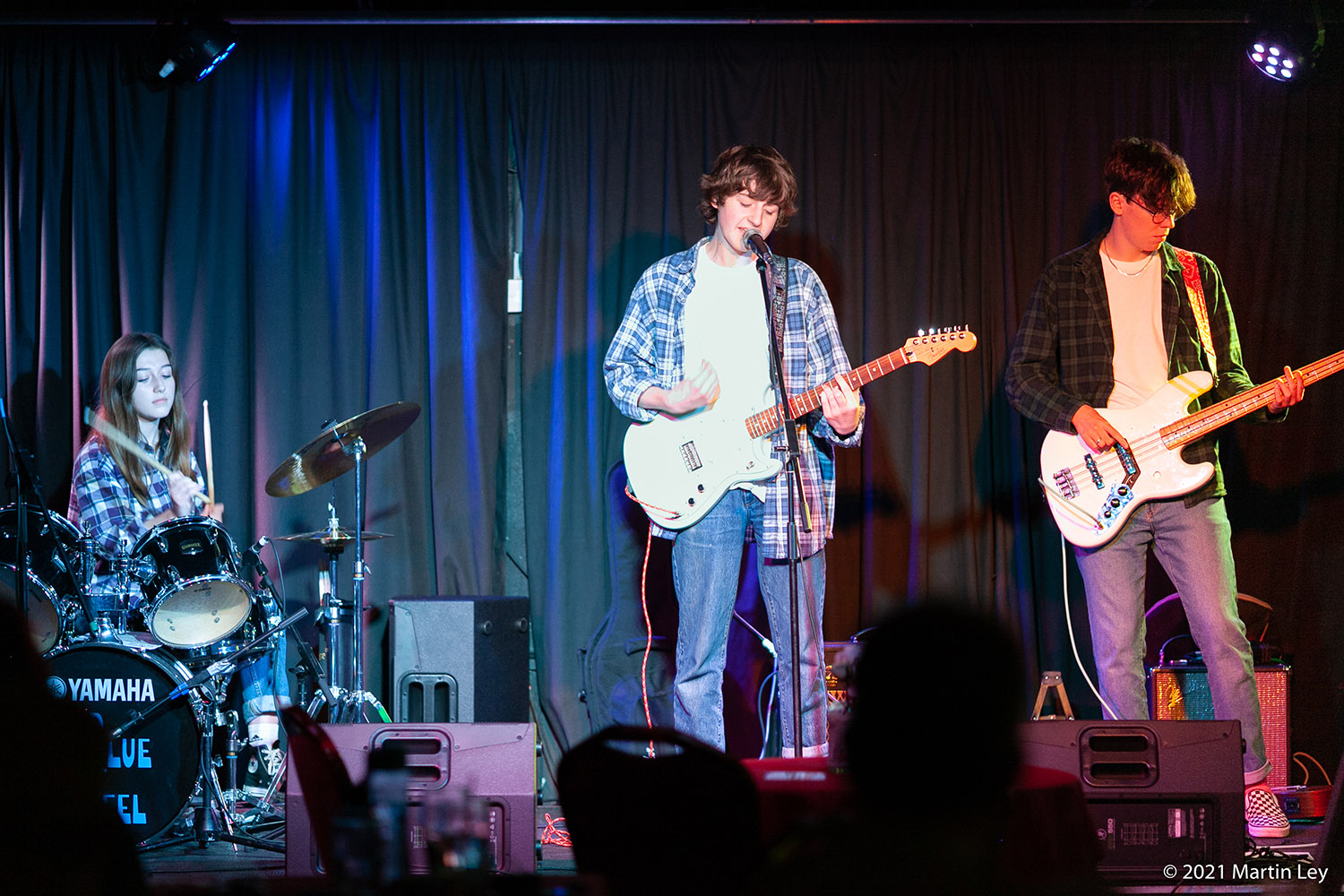 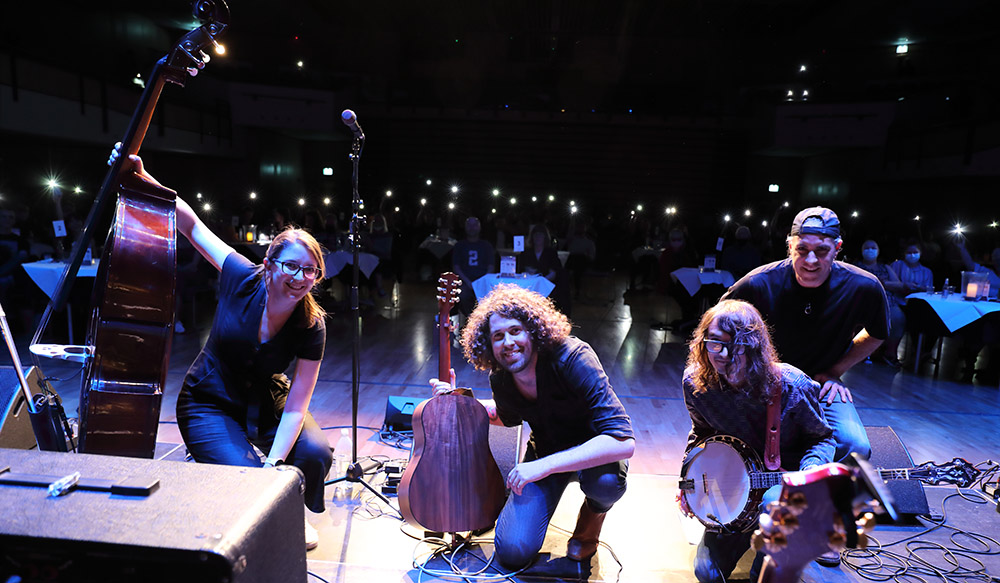