A new version of the historical sordid story of the notorious William Burke & William Hare by Tom Wentworth is played by only three actors, but more on that later.

Set in Edinburgh in the 1830s and Dr Munroe introduces us to the tale she is about to tell…medical science is booming as they are mapping the atomy of the human body yet the surgeons are crying out for fresh bodies to dissect, learn and lecture about. Dr Munroe is more popular than Dr Knocks as she has a contract with the hanging ‘department’ and she gets the bodies which the students pay to see, however things are about to change.

Mrs Hare runs a lodging house, where her husband Mr Hare gets to stay, it’s always filled with a diverse array of interesting characters. One day Mr Burke arrives at the house looking for work and somewhere to stay. He stays. One of the lodgers becomes ill with influenza and being a business woman who had heard surgeons would pay for bodies, Mrs Hare suggests that Mr Burke and Mr Hare have a drink with the ill lodger and find a way to help him along to the other side. It’s obviously the kindest thing to do as he’s so desperately ill…

…and so begins the multiple deaths from influenza, the growing success of Dr Knocks and his very popular dissection lectures and Mr Burke’s and Mr Hare’s new money. Of course, it had to end one day, and it did, they got caught however one got arrested and the other managed to get away Scott free. If you don’t know this true story there is no spoiler here.

This play is based on true facts of the grave robbing antics of the two Williams, however it is also filled with fun, laughter, comedy, antics, farce, music, singing and fantastic performances. A brilliant combination of murder and laughter.

There are over 30 characters, plus three animals in the play, and remember I mentioned there are only three actors? Cue the potential hilarity when they realise another character needs to be on stage at the same time… The cast are utterly superb, there are subtle costume changes to depict each character, maybe just a hat, or a coat but it’s the voices and the accents that really distinguishes the characters. Sometimes the accents are fluid, particularly the Irish accent, but that just adds to the fun.

It is a complete farce. They break the 4th wall and interact with the audience on many occasions, audience participation is encouraged, particularly laughing and it is a joy. It’s fast paced, it’s entertaining, it’s funny, it’s educational and it’s definitely a show worth going to see.

They call it a ‘murderous musical romp’ and that is the perfect description.

This review appeared on GrapevineLive

The Wind in the Willows 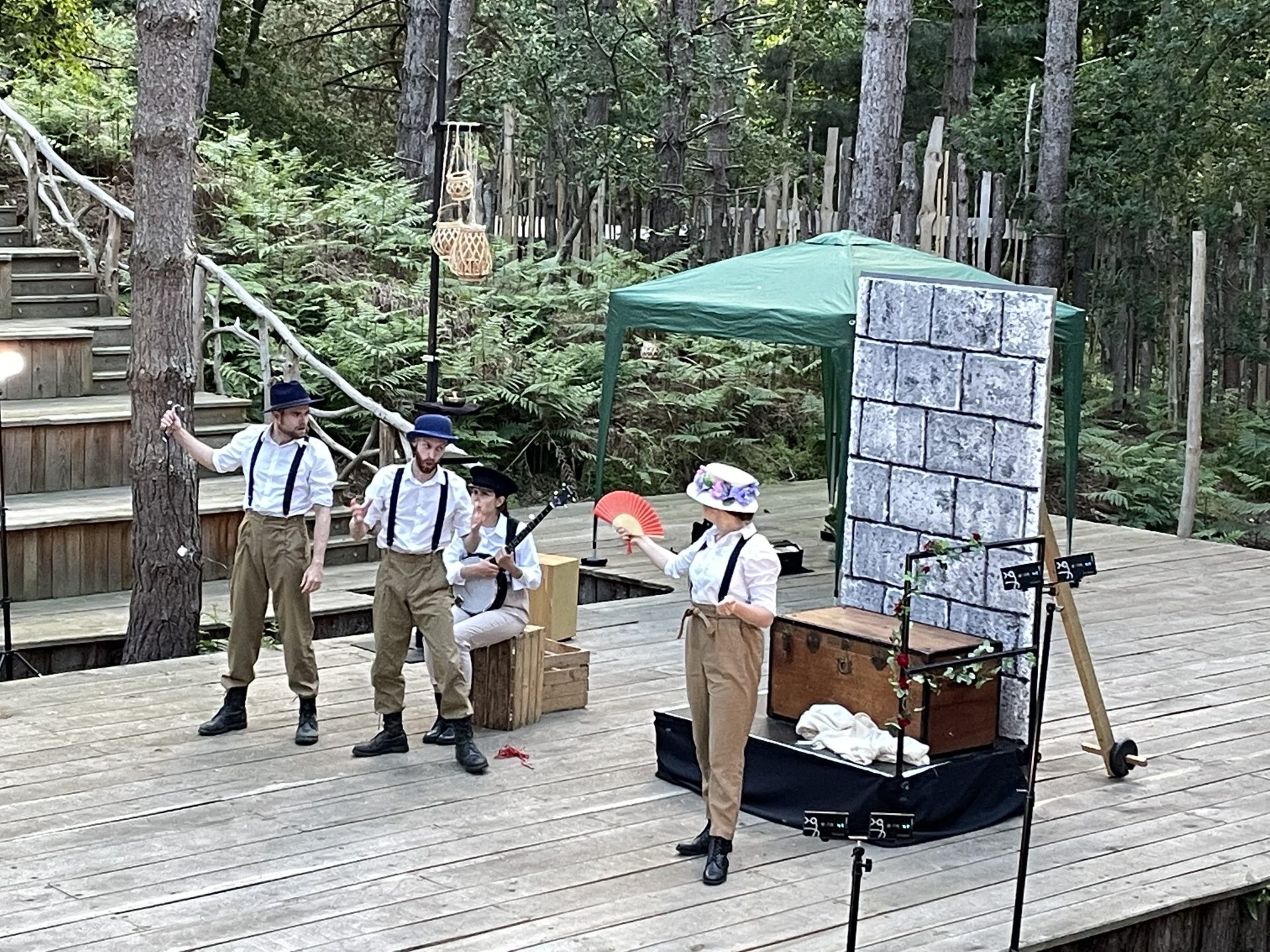